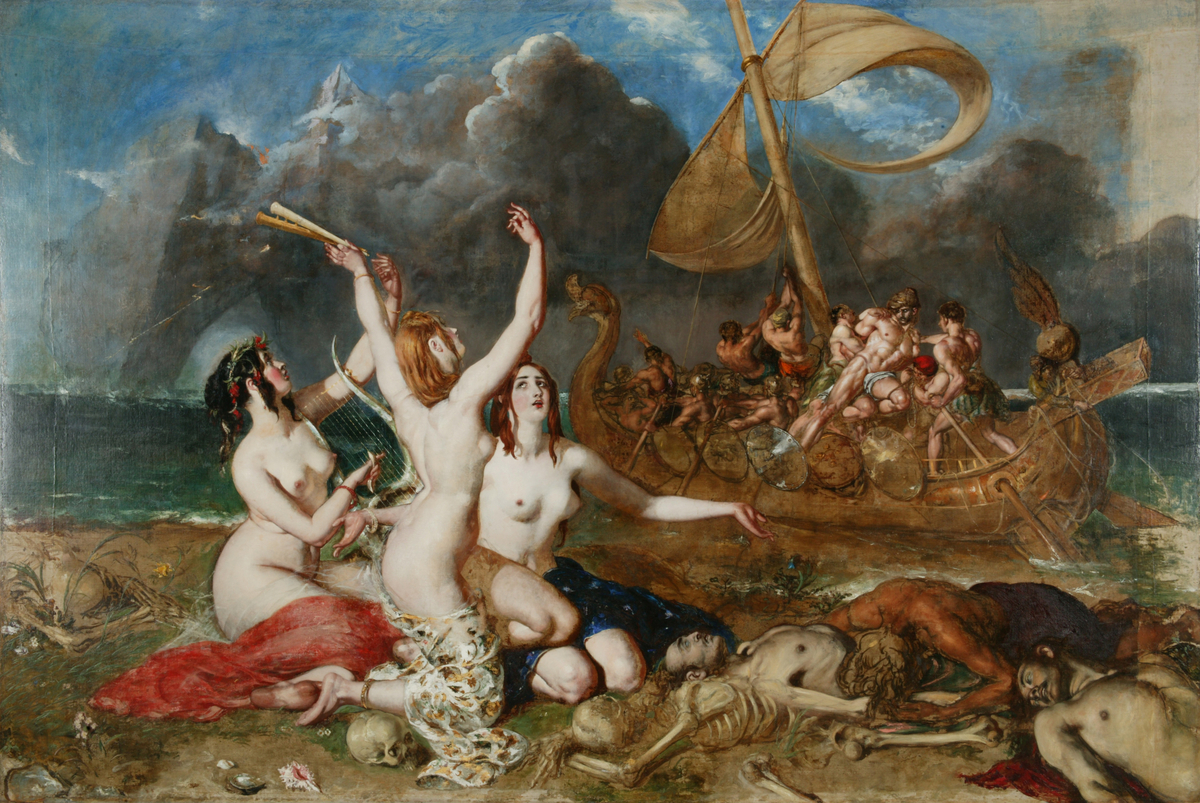 Dramatic depiction of the Sirens, three nude voluptuous females on a small island, their hands raised in gesture, one playing a lyre, all of them singing. Around them are strewn the decaying remains of dead sailors. In the background to right is Ulysses' ship, Ulysses bound struggling to the mast, surrounded by his men, struggling with the sails of the boat. Dark clouded sky and sea.

The Sirens and Ulysses 1837 William Etty 1787-1849 Oil on canvas The subject is from the ancient Greek poem The Odyssey. It represents the scene from Homer's narrative where Ulysses leads his men past the monstrous Sirens. In mythology, these creatures lure sailors to their island with songs so enchanting that men die listening. Ulysses escapes the Sirens by having himself tied to his ship, and by ordering his men to stuff their ears with wax. The artist modelled the dead bodies in the foreground on real corpses which he had sketched in morgues. Etty considered this to be one of his most important works. While unusually large it shows the artist's favoured approach: a grand subject combined with sensuous figure painting, here emphasising sexual as well as musical temptation on the part of the Sirens. Often derided by the critics for the overt nudity in his work, Etty was particularly scorned for The Sirens and Ulysses because of its juxtaposition of nudity and death. The painting was bought from the artist by Daniel Grant, a Mancunian cotton mill owner. Transferred from the Royal Manchester Institution 1882.3

Transferred from the Royal Manchester Institution.

Venus and her Doves

Study of a Peacock

The Bather 'At the Doubtful Breeze Alarmed'