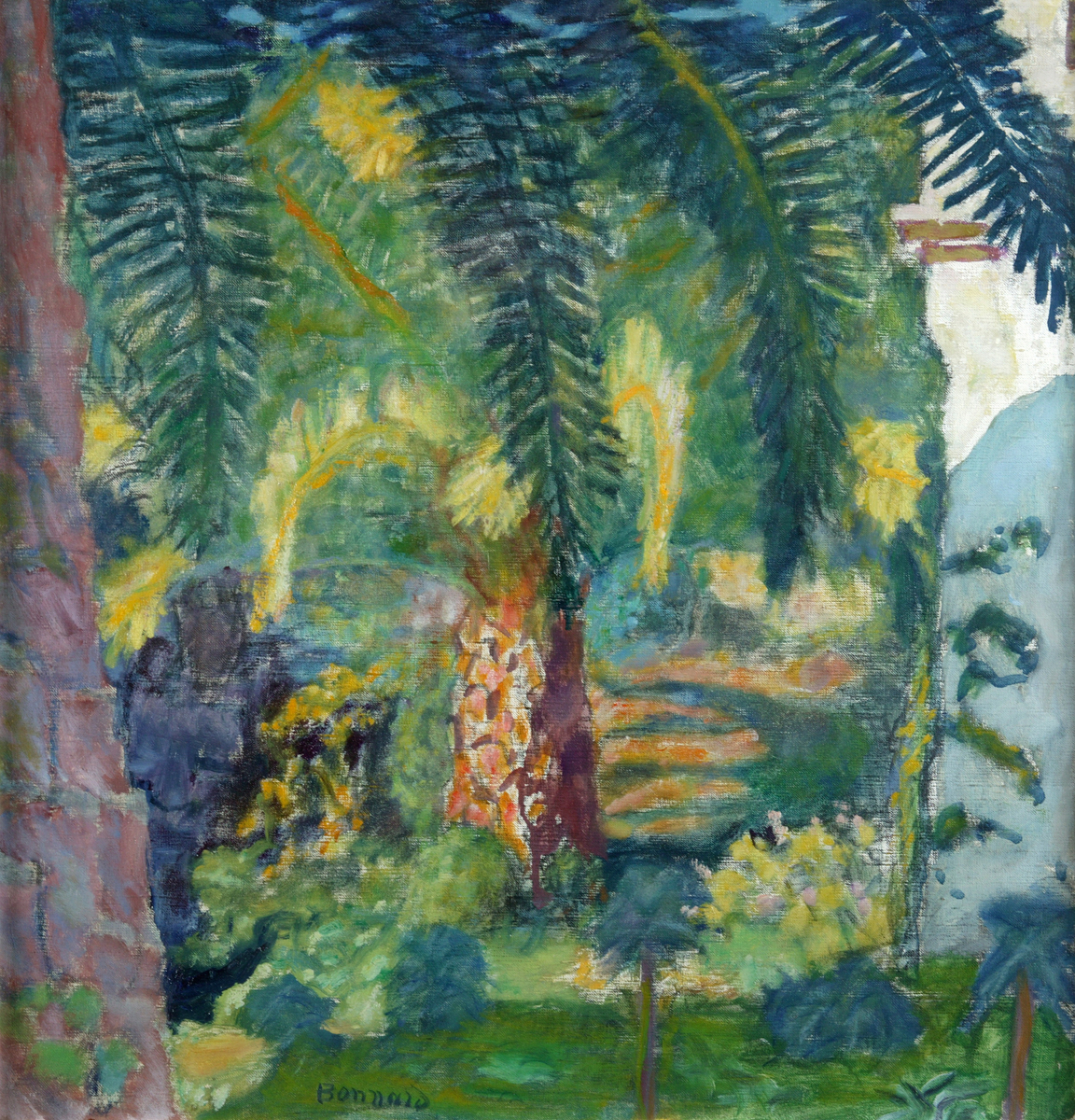 A view of a sunlit Mediterranean garden, seen from beneath the leaves of a palm tree, whose trunk is in the foreground to the left, with a second tree in the centre of the garden, which is surrounded by smaller shrubs and flowers. There is the whitewashed wall of a house on the extreme right. The pattern of strong sunlight on shaded gardens was a popular Impressionist theme as it allowed the painter to explore the effect on the eye of both deep shade and dazzling sunlight in one painting. This painting shows the effect of light on shapes and colours. It recreates the experience of looking at nature in strong sunlight. Where the light is dazzling the objects shimmer and are hard to make out. The darker areas are slightly blurred, reproducing the experience of the eye when suddenly moving from light to shade. Le Cannet is a small village near Cannes in the south of France and was where Bonnard had his home, Villa de Bosquet from 1926 until his death in 1947. This painting is from the start of a great sequence of landscapes he painted of Le Cannet and dates from one of his exploratory trips he took between 1922 and 1926. The gardens and countryside round about became one of his principal subjects. Bonnard is sometimes thought of as the last Impressionist.

Purchased with the assistance of the Victoria & Albert Museum Purchase Grant Fund, 1987.