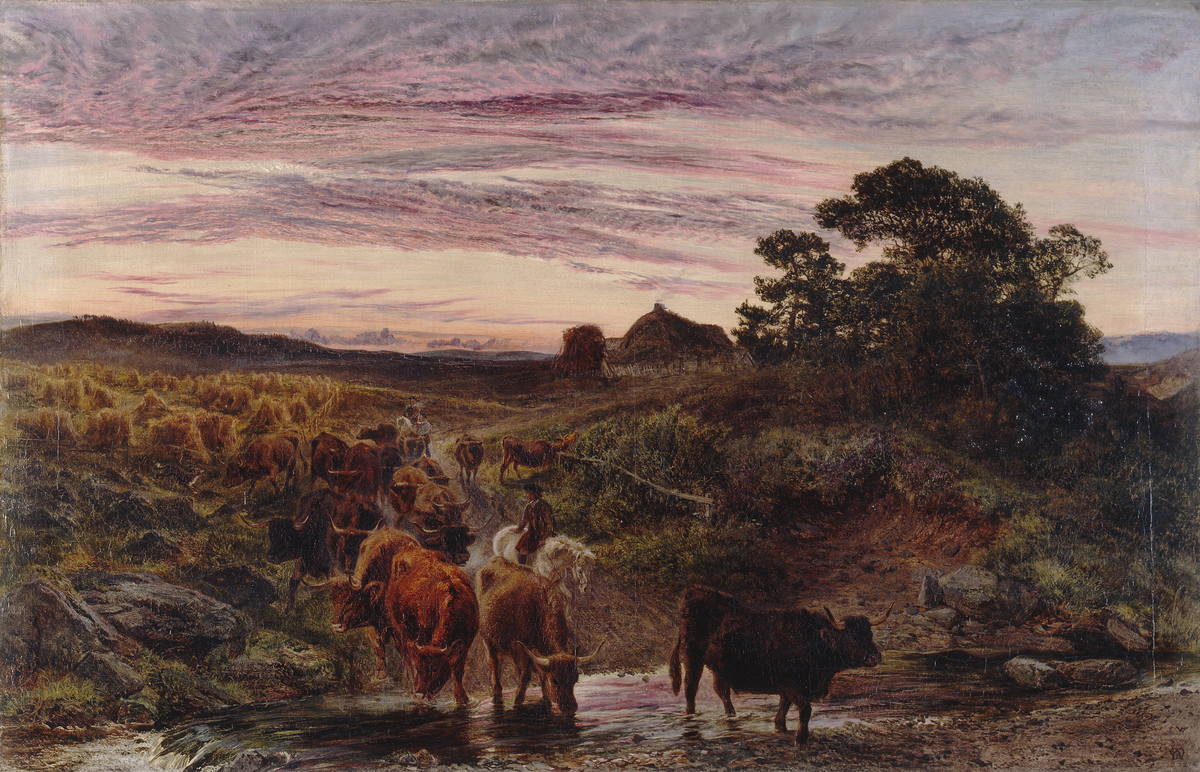 Moorland landscape under a dramatic sunset sky, with a herd of cattle in centre foreground being driven across the ford of a stream by two men on horseback, with some pausing for a drink of water. The cattle have large horns and russet coloured coats. One of the horsemen, on a white pony, has reached the brink of the ford and turns to look back at the herd, which is brought up at the rear by the second horseman. To the left, a dog bothers one of the cattle; beyond are stacked sheaves of hay in a field. To the right, behind a tree-covered mound, is a cottage with smoke coming from the chimney. The sky dominates the composition, its streaked cloud formations giving a great sense of depth with brilliant pink and orange hues.