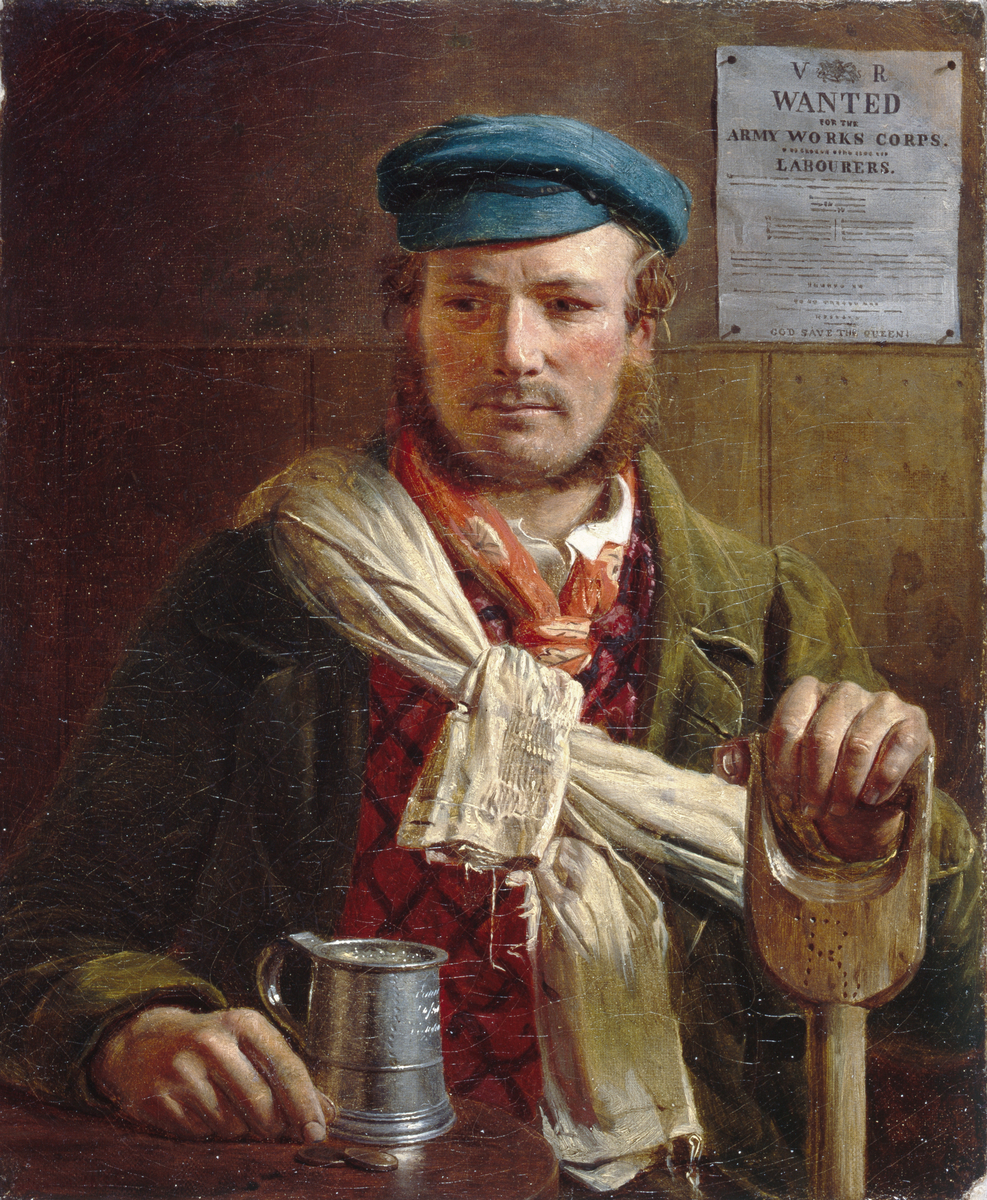 A workman is seated, perhaps in a tavern, with his left hand resting on a spade with the letter 'R' punched out on the handle. His right hand rests on a table in front of him, with his fore-finger extended indicating two coins. There is also an engraved metal tankard on the table. He is dressed in workman's clothes, a blue wool cap, and a moleskin (?) jacket with a bright red patterned waiscoat underneath. He wears a bandana around his neck and a a smock slung across his right shoulder. Behind him is a notice advertising for labourers to join the Army Works Corps in the Crimea. Light shines upon his face from the top-right of the painting.