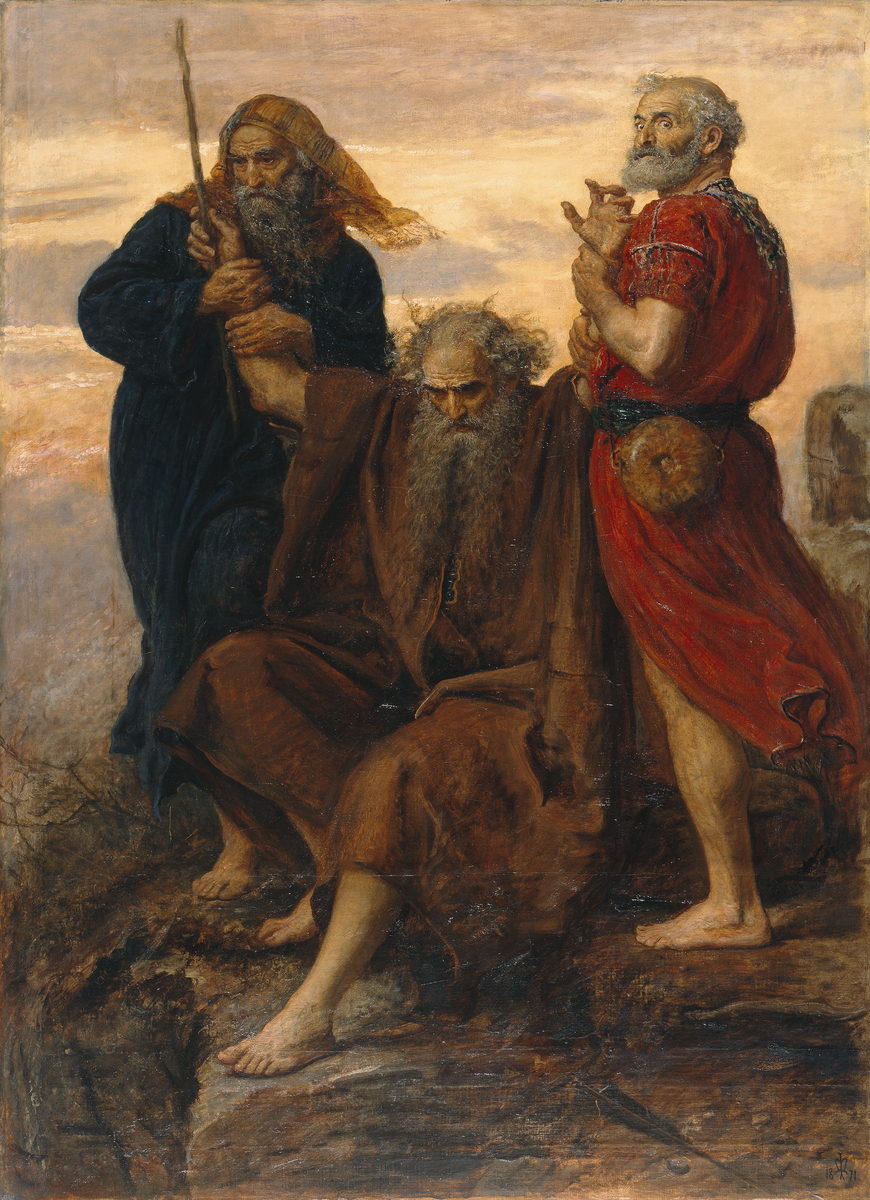 A pre-raphaelite painting of a Biblical scene depicting Moses surveying the battle between Joshua and the Amalekites from the top of a hill. Moses, an old man with a long beard, sits on a rocky outcrop, accompanied by Aaron and Hur standing either side of him, holding his arms aloft to prevent the Victory of the Amalekites. There is an overcast sky in the background which is glowing yellow.

Victory O Lord! 1871 John Everett Millais 1829-96 Oil on canvas This biblical scene is from the book of Exodus and shows Moses flanked by Aaron and Hur. They survey Joshua’s battle with the Amalekites, which he can only win while Moses’ hands are aloft. As tiredness sets in, his arms are supported until sunset, which forms the backdrop of Millais’ painting. Having established a successful portrait business by 1870, Millais further distanced himself from Pre-Raphaelitism with his narrative pictures during the following decades. These revolve around monumental and dramatic incident and their freely-painted style and sculptural figures both make a conscious departure from his earlier work and reflect newer trends in British art. Purchased 1894.1