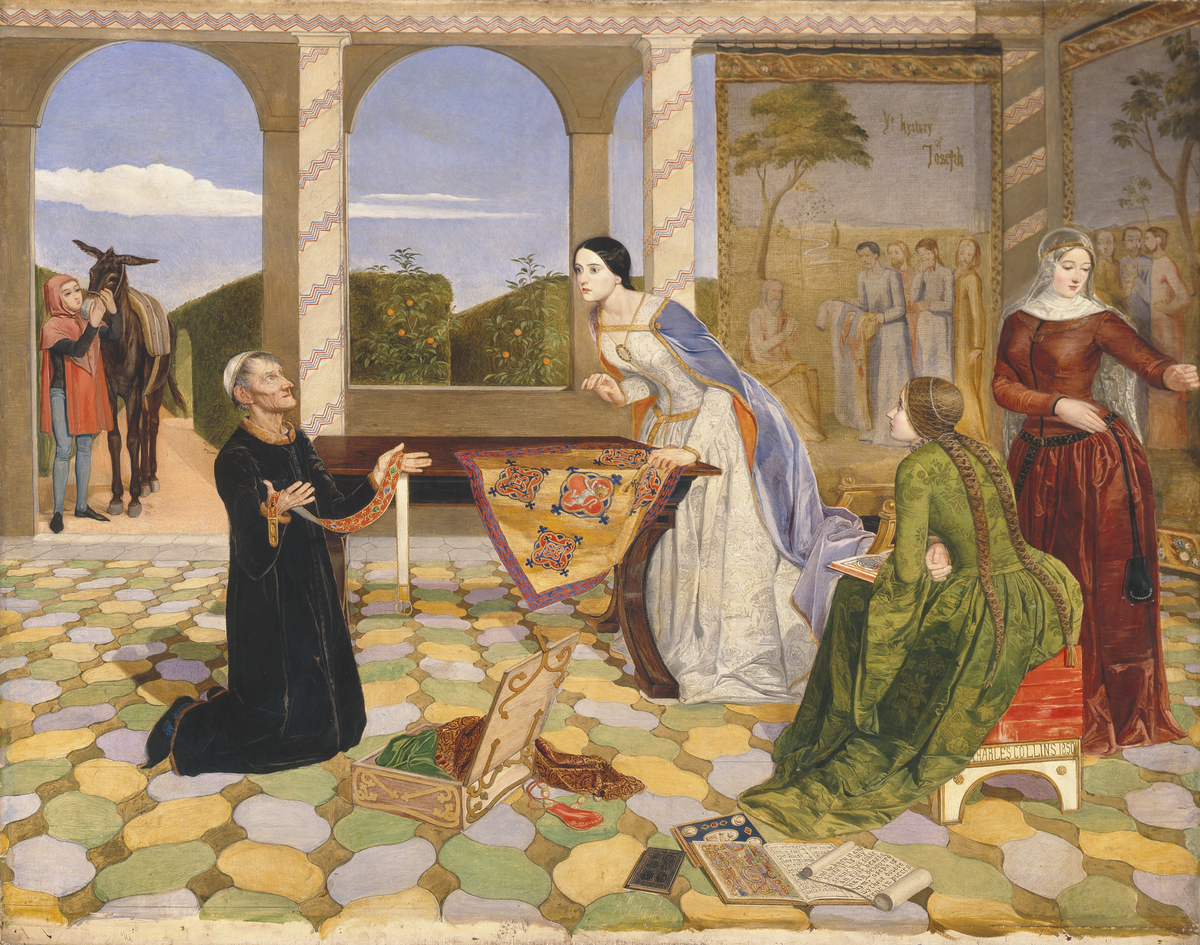 Berengaria and two ladies-in-waiting pictured in large medieval hall, tapestries hanging from the walls, large table in the centre of the room on which Berengaria lays her embroidery, archways behind revealing gardens and hedges. Old man kneels on the floor to left showing his wares to the ladies, holding up elaborate belt which Berengaria recognises as that of Richard Coeur de Lion. She is standing, leaning over the table, wide eyed at the sight of it, her ladies-in-waiting behind. In the garden, young servant boy waits with pedlar's donkey. Exaggerated perspective given by tiled floor.