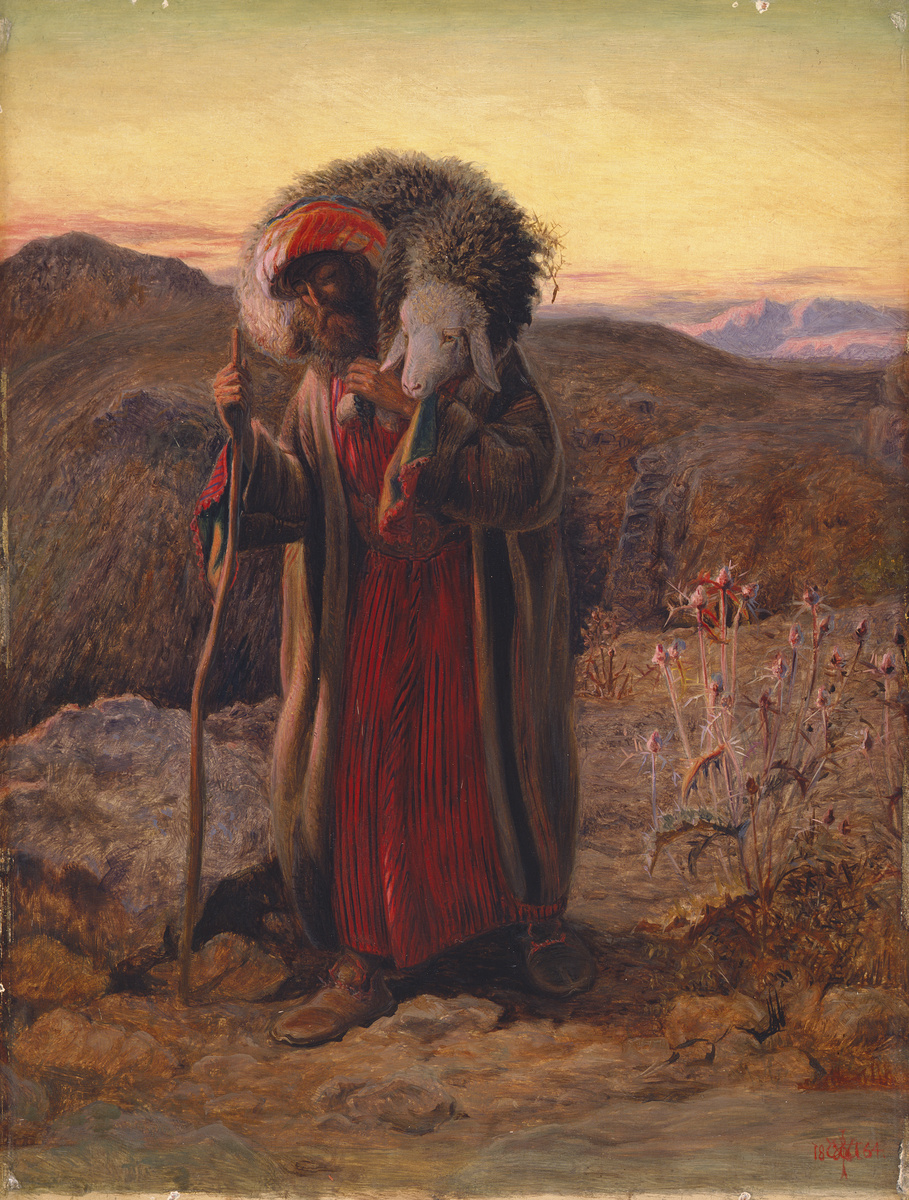 The isolated figure of a shepherd carrying a sheep over his shoulders, walking along the ridge of a rocky mountain. The shepherd is depicted as a bearded middle-aged man carrying a staff, with his head tilted slightly to the left revealing a Middle-Eastern face, his eyelids lowered in order to glance at the sheep, and wearing a red turban and long, striped robes worn with an overcoat. Growing to the right of the figure, within the barren landscape, is a tall thistle with pronounced thorns. The entire scene is bathed in the warm, red glow characteristic of evening light. To the left of the figure, the mountain appears to fall away sharply with the ridge curving round in an arc to the left. On the right horizon are the peaks of more distant mountains depicted in pink and mauve tones. The sky is yellow with streaks of pink, orange and blue cloud on the horizon. The gilt wooden frame has two friezes with a textured gesso finish, separated by plain beading. There are four decorative ovals on the inner frieze, at the centre of each side. The slip frame is gilt wood with rounded sight corners.