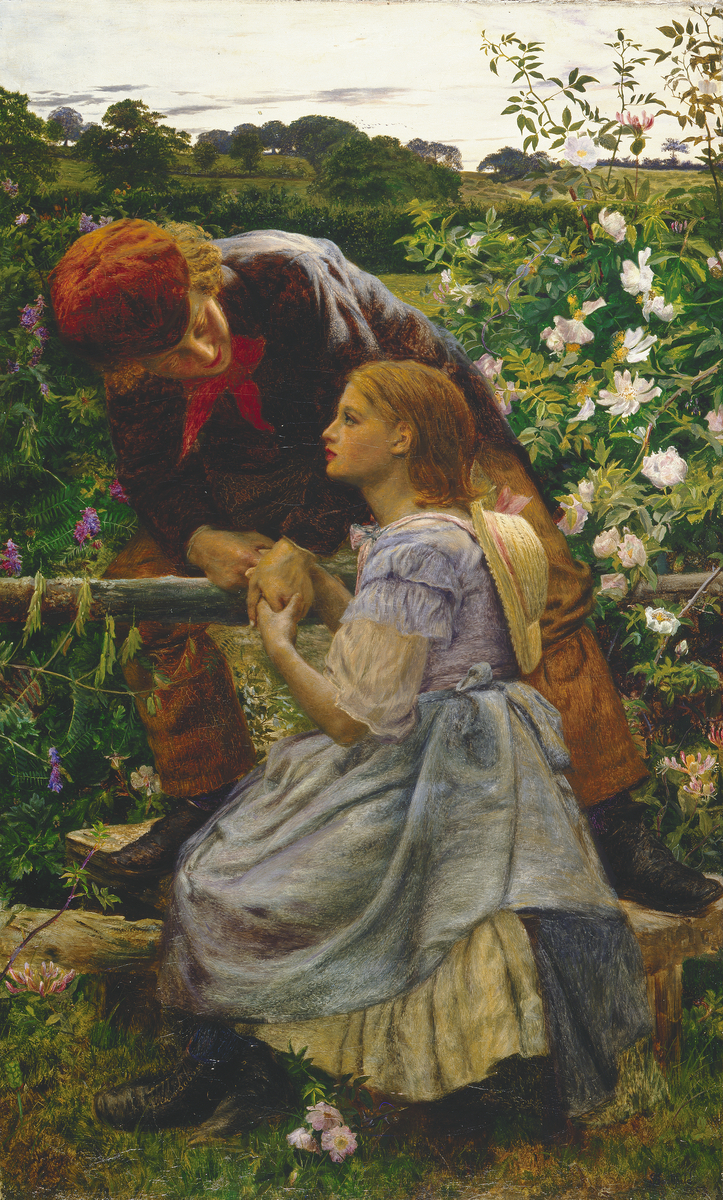 Scene showing two young lovers meeting by a wooden stile in an English rural landscape, illustrating a poem by Thomas Hood, which was entitled ‘Ballad’ (1827). The young girl is seated on the near side of the stile; she is seen in profile to the left. An older youth straddles the stile and leans forward to gaze down at the girl. Both hands of each figure are clasped in the hands of the other, each gazing intensely into the eyes of their loved one. The girl has shoulder-length fair hair. She wears a mauve dress over a white petticoat and a straw hat slung round her neck on a pink ribbon. The youth is depicted in the clothes of a farmer: a flat cap with a ring of curls escaping from under it and a jacket worn with a red neckerchief. To the right of the stile, entwined in the hedgerow, are a Dog Rose (Eglantine) in bloom and Honeysuckle; to the left is Vetch. In the background is a gently undulating landscape of fertile farmland filled with trees and lush hedgerows. The scene is illuminated by a low light, evocative of evening or early morning.