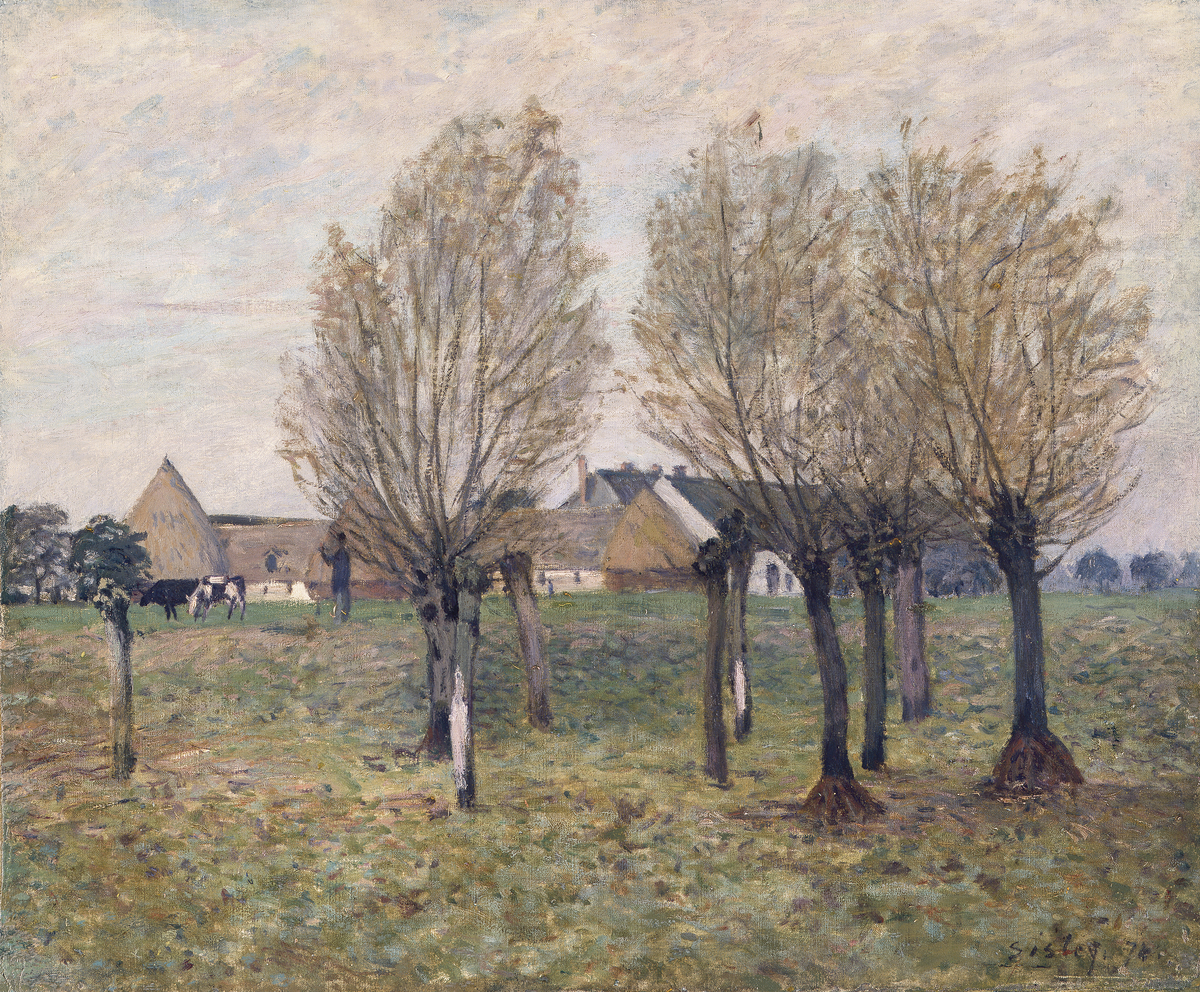 This work shares a date with the First Impressionist Exhibition, at which Sisley was a prominent exhibitor. He was involved with the exhibition between April and May, then he was in England from July to October. It is therefore possible that the scene was painted between May and July 1874. A modest subject, loosely-handled and painted outdoors, it is characteristic of the work of the young Impressionist group. The composition is deliberately casual and picturesque, while Sisley pays great attention to the quality of the light falling on the grass, which he depicts with light dabs and dashes of colour.