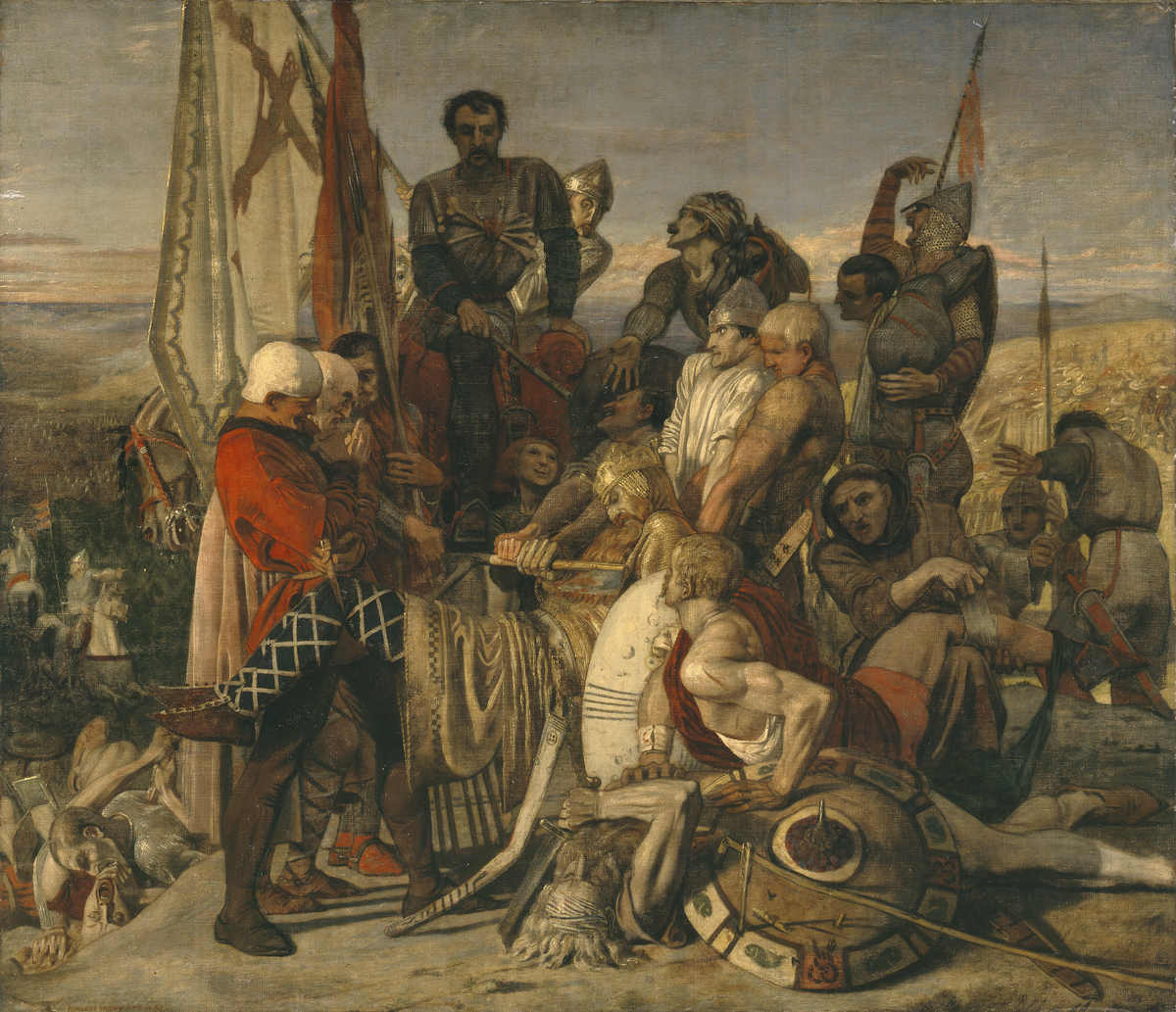 Scene depicting the dead king Harold brought before William the Conqueror after the Battle of Hastings in 1066. In the central middleground, William sits astride his horse dressed in chain mail with bones hanging from a red cord around his neck. A number of his men, some of them wounded, are around him. The dead Harold is brought before him, carried by soldiers, crown on his head and a broken battle-axe still clenched in his hand. Three men stand to the left looking upon the scene; the first man in a red tunic holds up Harold’s legs by a leather strap, the second prays, the third carries several spears and a red standard. To the right, a monk kneels besides a wounded man, bandaging his leg; the injured man leans on a dead soldier and a round shield as he turns to see the dead king. In the bottom left corner, two men are entwined in combat, one having stabbed his attacker in the back. Vast battlefields covered in small tents are visible in the background.

A New Market Public and Private Collections in the Early 19th Century In the wake of the Industrial Revolution in Britain, merchants and manufacturers increasingly bought art. Their grand homes often housed impressive collections, helping to reinforce a rise in social status. As the middle classes entered positions in public life they also acquired art for important civic buildings, including town halls and the Houses of Parliament. Other bodies, such as the Royal Manchester Institution, were founded for the promotion of science and the arts. The RMI was funded by public subscription from 1823 and along with its collection was based in this building. Its holdings and the Gallery were given to the City in 1882. Boosted by national pride through export and empire, the new patrons preferred contemporary British art. This represented a shift away from 18th-century taste, which had been led by the aristocracy and gentry and mainly favoured continental old masters. Seriousness and morality remained important in art and painters continued to adopt Grand-Style subjects derived from biblical, historical and classical sources. They inevitably responded to popular demand, however, and often strayed into sentimentality and eroticism.