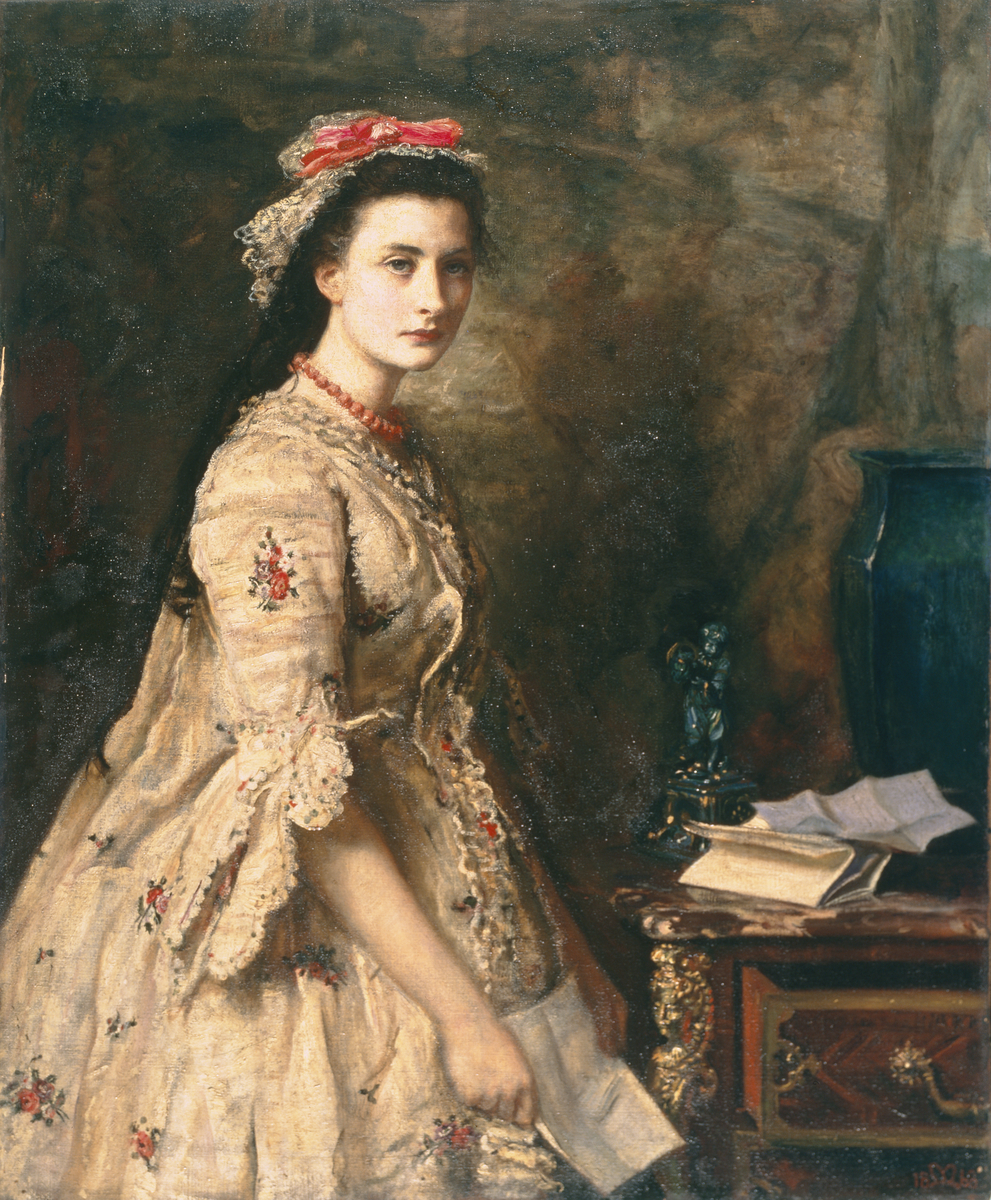 Three-quarter length portrait of a young woman depicted as 'Stella', the subject of Jonathan Swift's 'Journal to Stella', in profile to the right with her face turned to three-quarter view. She has long dark hair, which is tied away from her face with a lace and ribbon cap, a string of coral beads around her neck, and an ivory-coloured dress patterned with bouquets and posies of flowers with half-length sleeves. She is seen standing next to a highly elaborate wooden sideboard with a marble top, a sheet from a letter in her hand (presumably from Swift); before her, on the top of the sideboard, are the other sheets of the letter, a bronze figurine, and a large dark aquamarine-coloured jar. The drawer of the sideboard is slightly open.