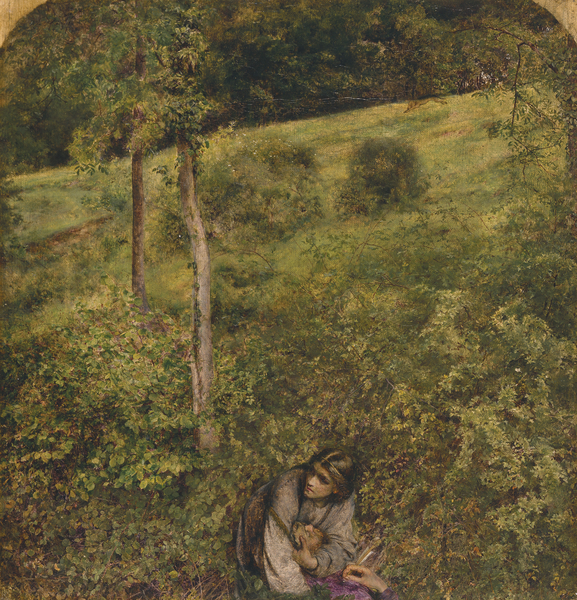 Two figures hide in scrubland in the centre foreground of a leafy landscape seen from a high angle. They are a woman cradling the head of an injured man. She is wearing Medieval-style dress and leans forward over the man with a protective gesture, wrapping her left arm around his head, supporting his back with her right arm, and turning her head to one side with an apprehensive expression on her face. The man, largely obscured by his companion, has an arrow protruding from his chest or shoulder, which he holds with his right hand. In the top right corner is a tiny bloodhound bounding down the grassy slope. A pair of tall, slender trees divide the composition on the left.The overall impression is of greenness, as thick woodland fills the top of the picture. No specific story has been associated with the picture, and yet it invites a narrative. The frame is of gilt softwood with an arched slip frame. It is plain with ribbon beading and leafy moulding along the outer edge.