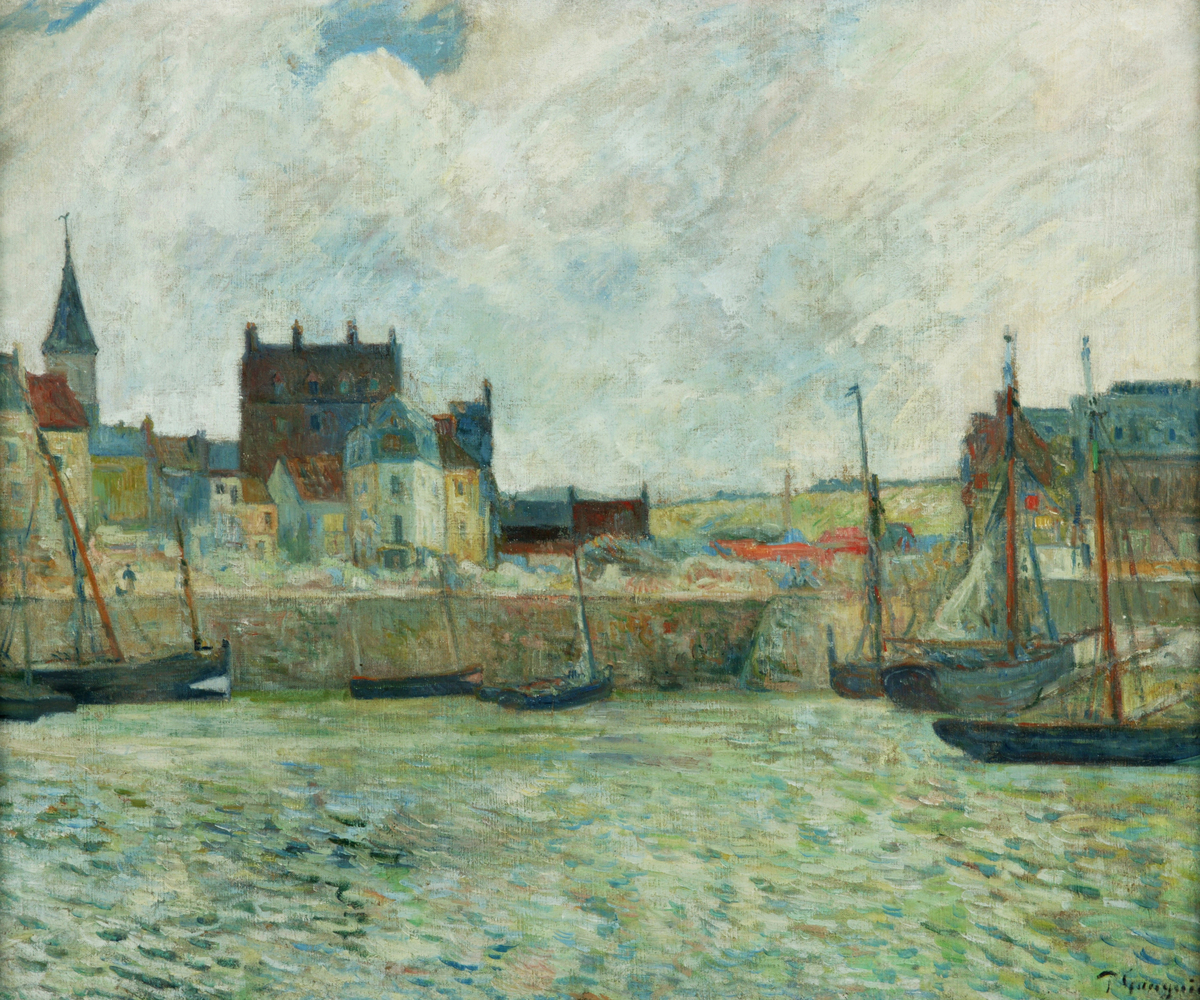 Gauguin worked as a stockbroker, only turning to full-time painting in 1883 at the age of thirty-five. This is an early work, painted in the restrained impressioniste style that he favoured at that time, which owed more to Corot and Boudin, than to Monet and Pissarro. Isolated patches of vibrant colour hint at the exceptional colouration of his later work. The view is taken at half-tide from the east end of Quai Henri IV on a level with its junction with the Rue de la Rade. To the left is the spire of Nôtre Dame des Grèves, built in 1841-49. The painting just predates Gauguin's visits to Britanny, Panama and Martinique in search of a 'primitive' culture that would invigorate his art. Following a spell working alongside Van Gogh in Arles he went to Tahitii in the 1890s in a vain but productive search for an unspoilt paradise on earth, where he died.

Te Po, The God of the Night

Auti Te Pape (The Women at the River)