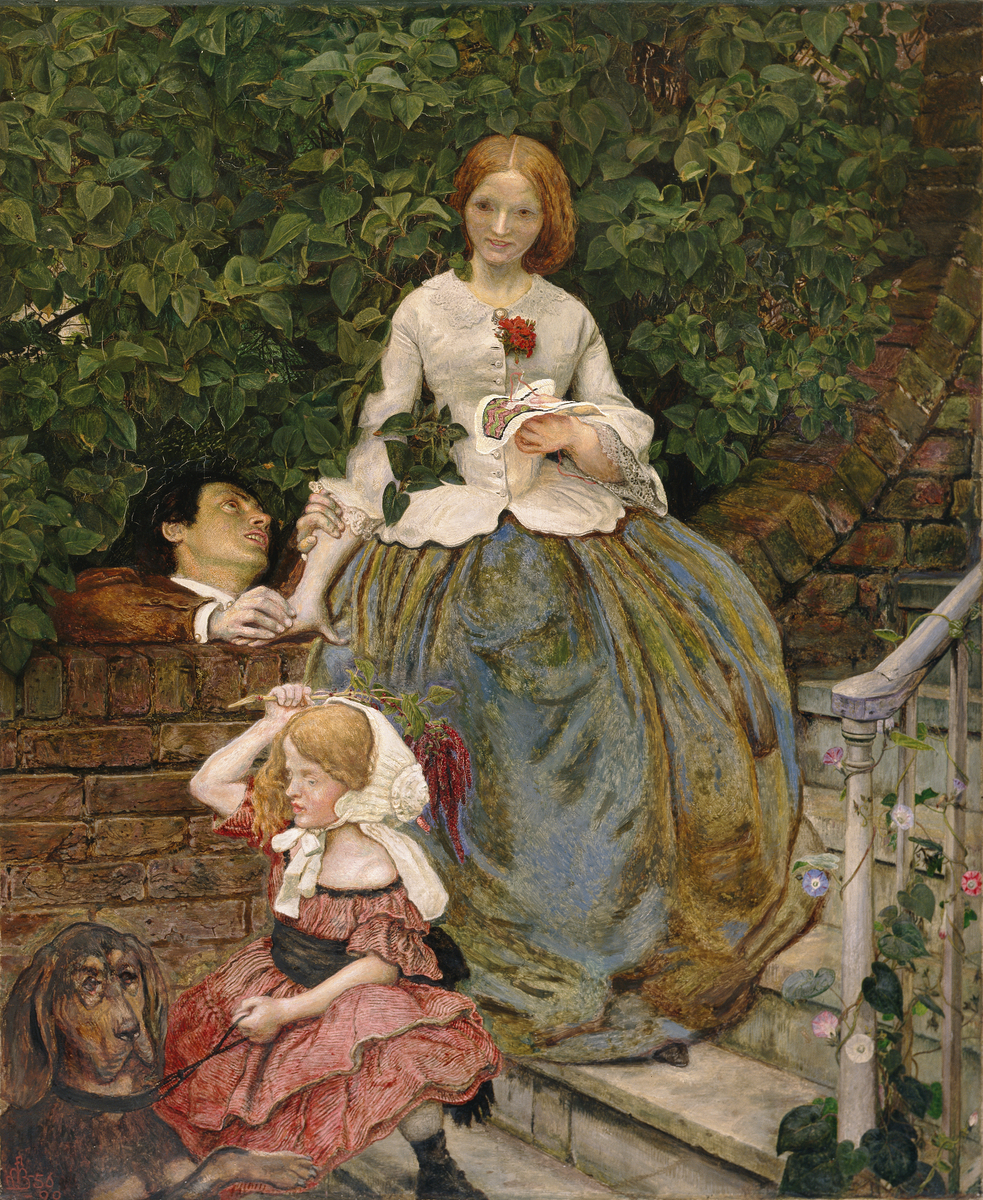 An exterior scene with three figures and a dog. At the centre is a young woman dressed in a white jacket with lace collar and cuffs and a full length blue skirt. There is a posy of red flowers, possibly geraniums, tucked into the breast of her jacket and she holds some embroidery in her left hand. She sits on a wall by some steps that go up to the right. There is a lilac tree behind her. Her lover, a young man, looks over the wall and clutches her hand and arm. He looks imploringly at her but she ignores him and instead looks over at the young girl teasing her dog at the foot of the steps. The girl has a red dress and white bonnet and in one hand holds a stem of flowers with which she is about to hit the dog. The dog, a blood-hound, looks forlorn and has raised one of its paws. The different flowers depicted in the picture are symbolic. According to the Victorian language of flowers love-lies bleeding which the little girl holds meant ‘hopeless, not heartless’, purple lilac stood for ‘first emotions of love’ and convolvulus (seen on the stair rails) suggested ‘bonds’ or ‘extinguished hopes’. Geraniums had several meanings including ‘deceit’, ‘preference’ and ‘comforting’.