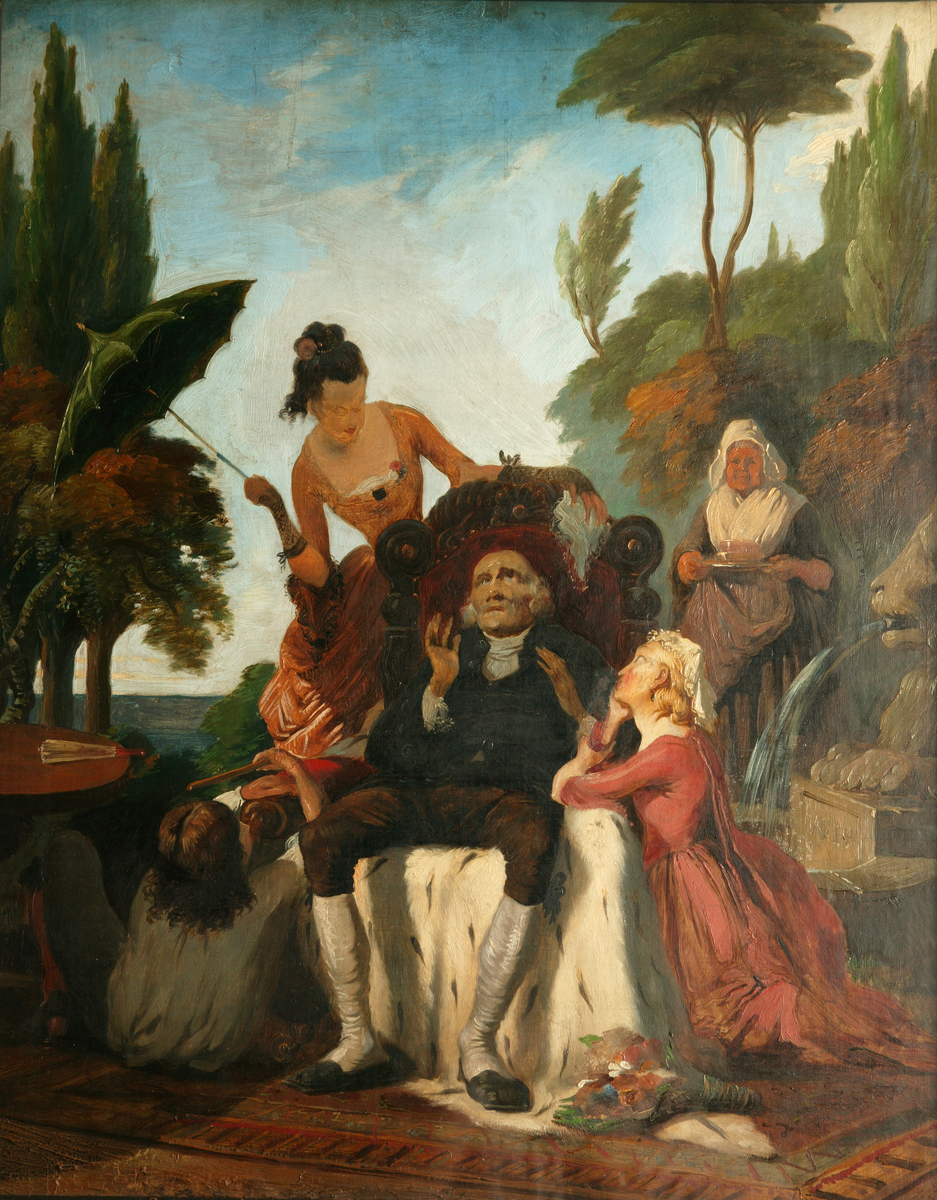 The subject of this eighteenth-century scene is taken from Oliver Goldsmith’s novel ‘The Vicar of Wakefield' (1761-2). A group of figures are gathered in a sunny Italianate garden by a lion-headed fountain below a wooded hill. The central character is Dr. Primrose, an elderly man in breeches and a jacket; he is seated in an ornate wheeled chair, draped in ermine and placed on a carpet. Surrounding Primrose are his family; to the left sitting on the carpet his son, Moses, in a white shirt and holding what might be a flute, to the right kneels one of his daughters in a pink ‘sack-back’ dress and behind the chair another daughter in a yellow dress stands holding a green parasol. In the background on the right, an elderly female servant approaches, holding a tray and bowl.

16 Dr. Primrose and his daughters early 1840s Oil on canvas Dr. Primrose, the Vicar in Oliver Goldsmith’s novel The Vicar of Wakefield, disapproved of the extravagant dress of his daughters. Brown depicted him preaching the virtues of simplicity, although seated on an ermine rug in opulent surroundings. Brown’s mockery of the Vicar came from his admiration for the satirical paintings of Hogarth. Manchester City Galleries