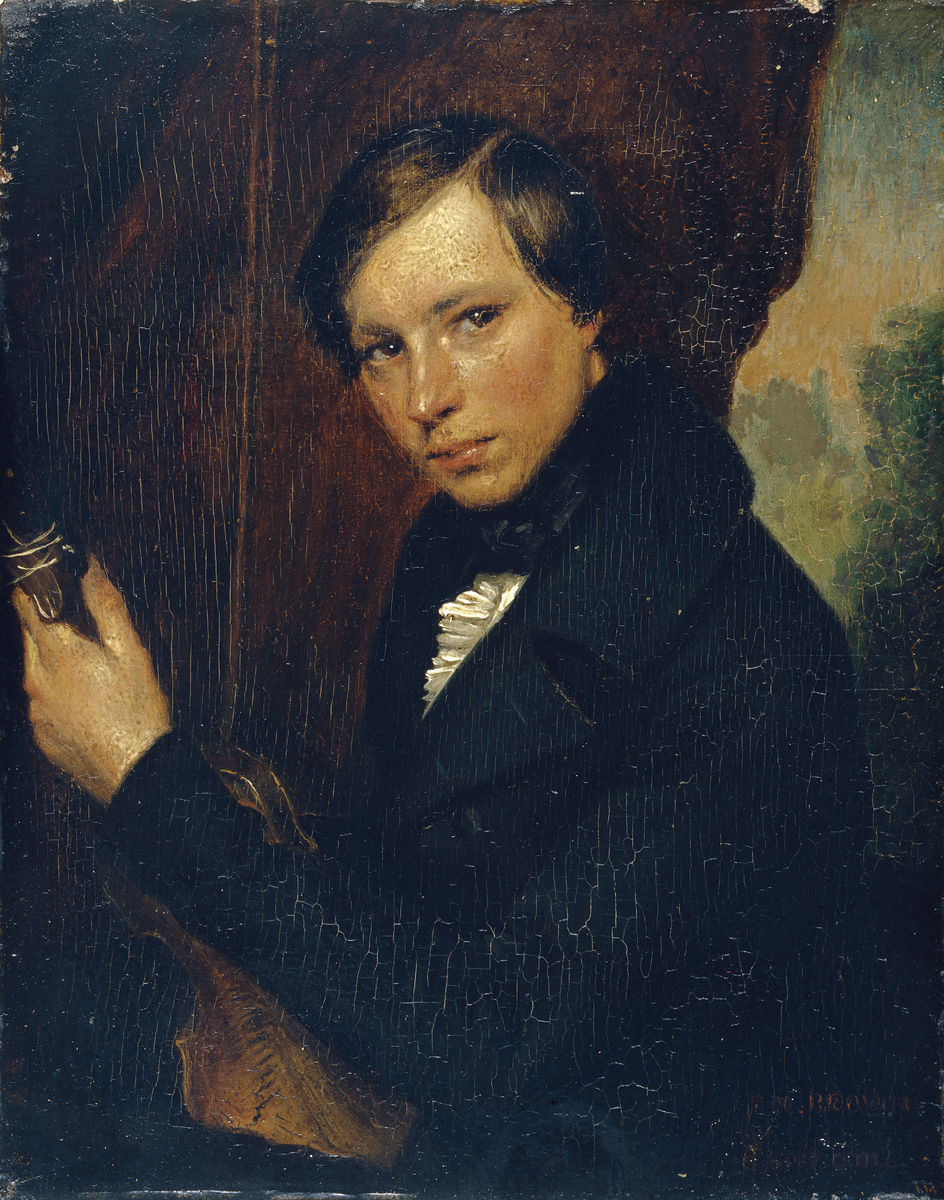 Half-length portrait of Frederick Henry Snow Pendleton (1818-88), an English musician who Brown befriended in Ghent and painted his portrait when he (Brown) was only 16 and the sitter was only 19. Pendleton is depicted in a tight-fitting double-breasted black coat over a white shirt with frilled front and a black stock around his neck. He is holding a violin in his left hand. His upper body faces left and his head is turned slightly to face the viewer in three-quarter view. Behind him are a tree trunk and a loosely painted background of trees and sky to the right. Pendleton later became a clergyman and remained in correspondence with Brown throughout his life.

11 F.H.S. Pendleton 1837 Oil on panel Pendleton was a student friend of Brown’s at the Ghent Academy, and taught Brown to play the violin. The portrait was painted when Brown was only sixteen. Manchester City Galleries