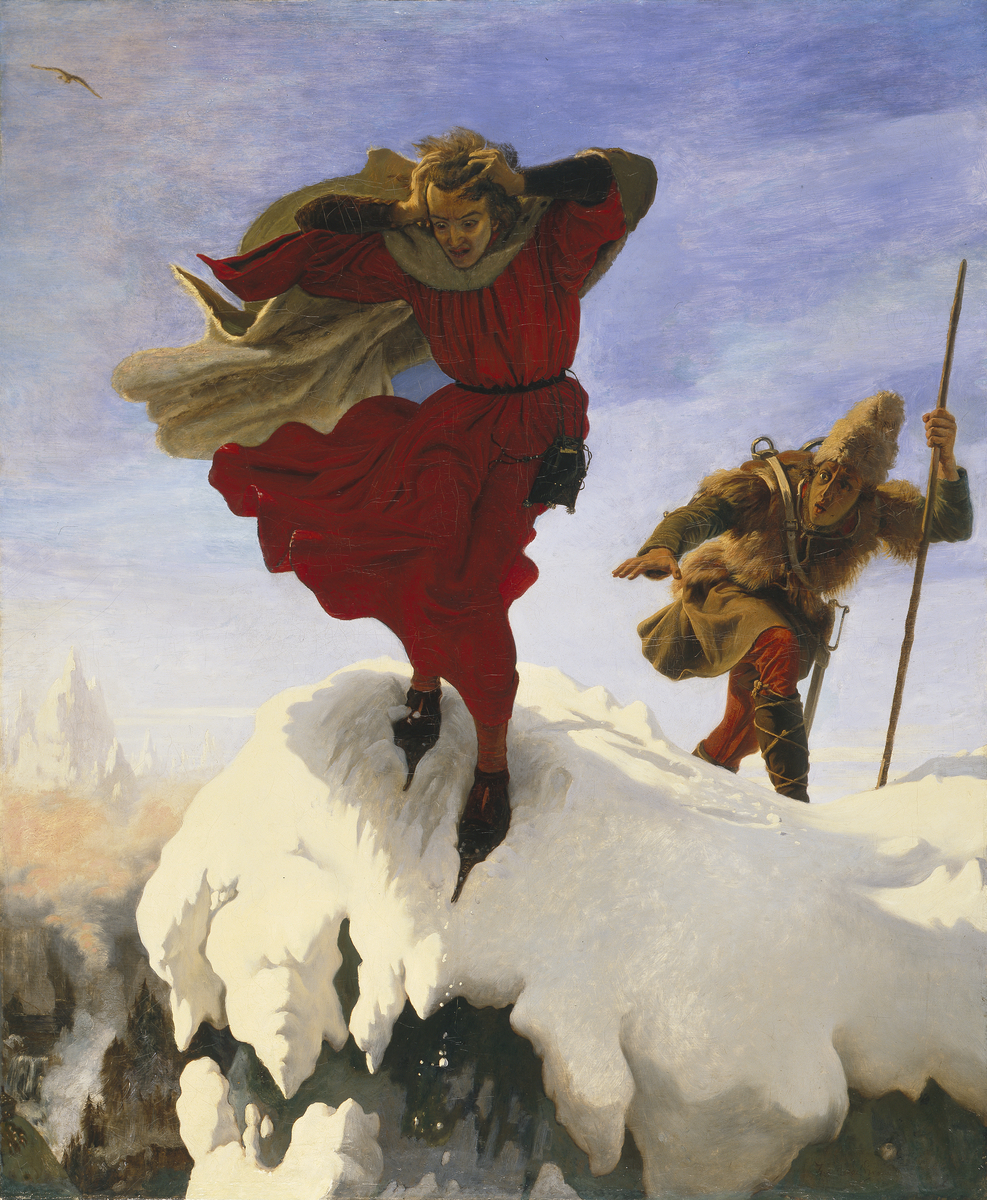 The subject of this dramatic scene is taken from Lord Byron's romantic poem Manfred. It shows the moment when the hero, Manfred, contemplates suicide but at the last minute is persuaded from going through with it by a chamois hunter. Manfred is at the centre of the picture. He stands on the brink of a precipice crowned with thick snow, clutching his hands to his head in a gesture of despair; his dress is intended to be in the style of that of the tenth or eleventh century, being a red belted tunic worn under a brown cape, both of which are blown to the side by the strong wind, also long, pointed shoes and a small pouch hung from his belt. Standing a little way from the edge of the cliff on the right is the figure of the chamois (goat) hunter. The hunter approaches Manfred with caution; dressed in furs and carrying a long staff, he leans forward and extends his right arm towards the desperate man. In the left background are the snow-capped peaks of distant mountains with clouds of yellow fog swirling about them; the sky is painted in vivid blue and mauve tones.

Manfred on the Jungfrau 1840-61 Ford Madox Brown 1821-1893 Oil on canvas The subject is taken from Byron's poem Manfred. Brown represents the crux of the narrative: the Alpine nobleman stands on the Jungfrau and is about to jump when a hunter intervenes. Manfred's inner turmoil springs from over-education. His quest for knowledge leads to confusion and he summons up spirits through black magic. But even these fail to help his understanding of life. An incestuous relationship with his sister adds to Manfred's despair through feelings of guilt. Brown declared his treatment of the Romantic anti-hero to be read 'merely by the human and dramatic side.' Gift of FW Jackson 1916.13