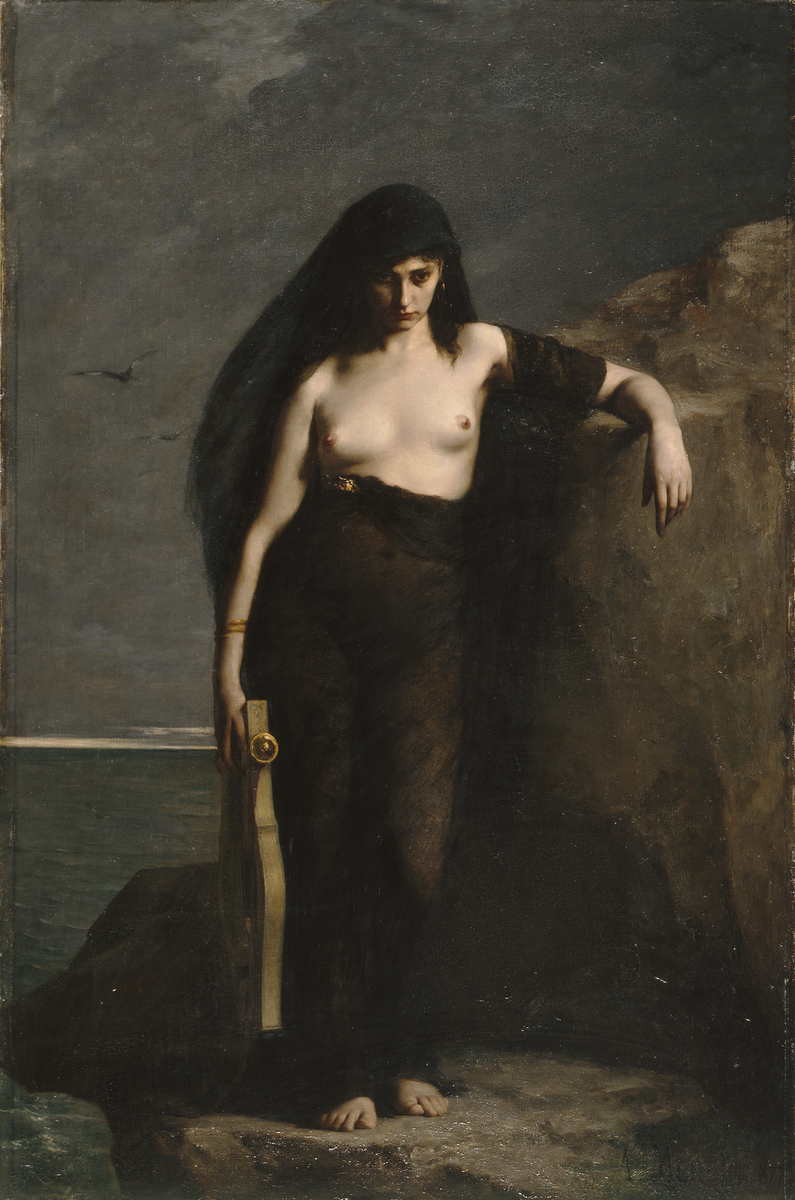 Sappho was a Greek lyric poet born circa 600 BC. She wrote about love, yearning and reflection, often dedicating her poems to the female pupils who studied with her on the island of Lesbos. According to legend, she threw herself herself into the sea from the cliff of Leucadia on account of her unrequited love for Phaon, a young man from Mitylene. Sappho is shown standing on the cliff edge in dark, translucent robes, with her breasts exposed. She rests her left arm lightly on a huge rock and holds her lyre down by her right side. Her face is partly overshadowed by her dark hair and veil, and her dark eyes gaze down into the middle distance. The expanse of sky is storm grey, broken only by a sliver of light on the horizon. Mengin, a pupil of Alexandre Cabanel (1823-1889), was a sculptor as well as a painter, and exhibited regularly at the Salon from 1876 to 1927.