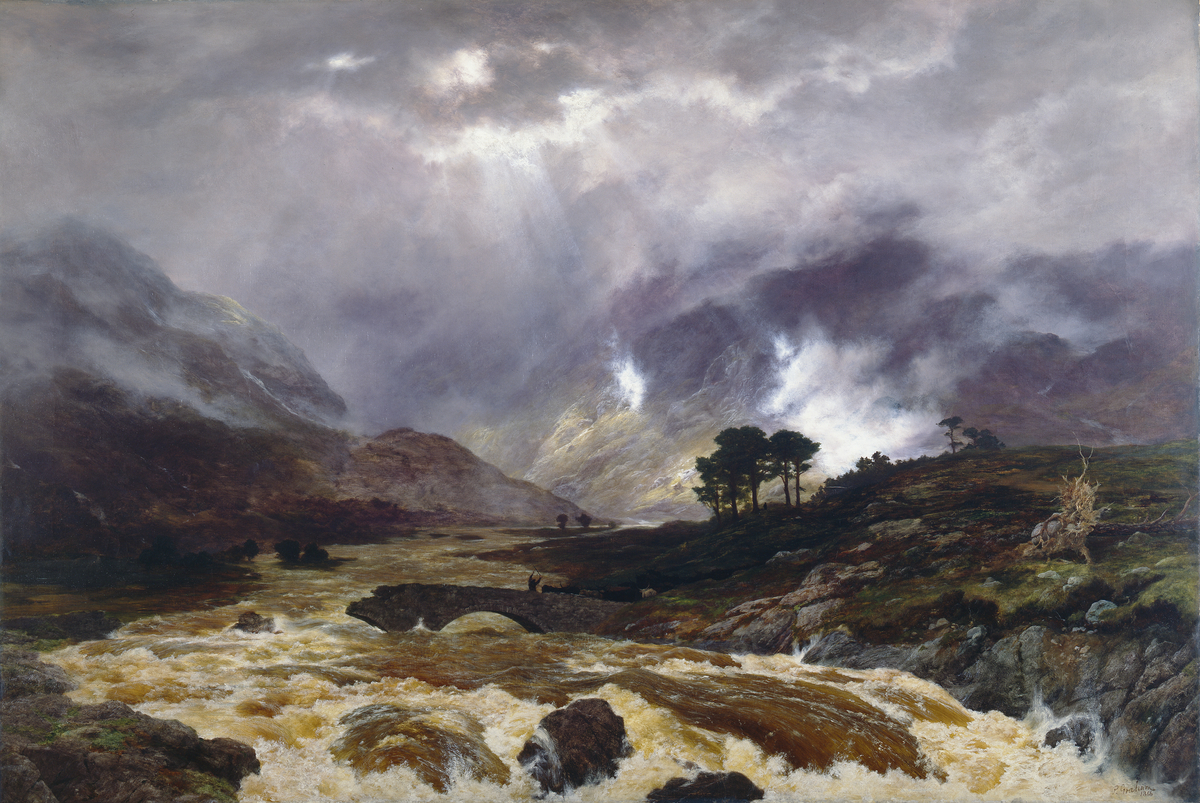 A dramatic Highlands landscape, depicting a river rushing towards the viewer, turned brown and swollen by the surge rainwater. The river runs through a valley between misty mountains, which are dark with the storm clouds, on either side. An arched bridge over the river has been half swept away in the torrent, a man who had attempted to cross can just be seen driving his cattle back to the river bank. A few rays of light are breaking through the heavy, dark, stormclouds, lighting parts of mountains in the background. A large tree lies on its side on the right bank, its roots exposed.

Gallery text panel Life and Landscape High-Victorian Social and Rural Subjects The Pre-Raphaelite interest in modern life was paralleled by a more general demand for contemporary subjects. The Victorians' fascination with their growing world of new social types and changing patterns of behaviour is particularly echoed in their love of crowd scenes. Some artists tried to highlight the darker side of society by focusing on the plight of the less well off. Yet representations of the working class and unemployed are usually idealised or softened by sentimental treatment. The wealthier classes provided more popular themes in art: high society is often both celebrated and analysed in paintings of domestic interiors and social engagements. Depictions of the city and industrial activity are rare. In an age of urban degradation and mass poverty collectors sought escapism more than social reflection, which gave rise to an unparalleled market for landscapes. Typically extreme in evoking serenity or bleakness, their appeal often revolves around open-ended narratives and the presence or suggestion of human activity.