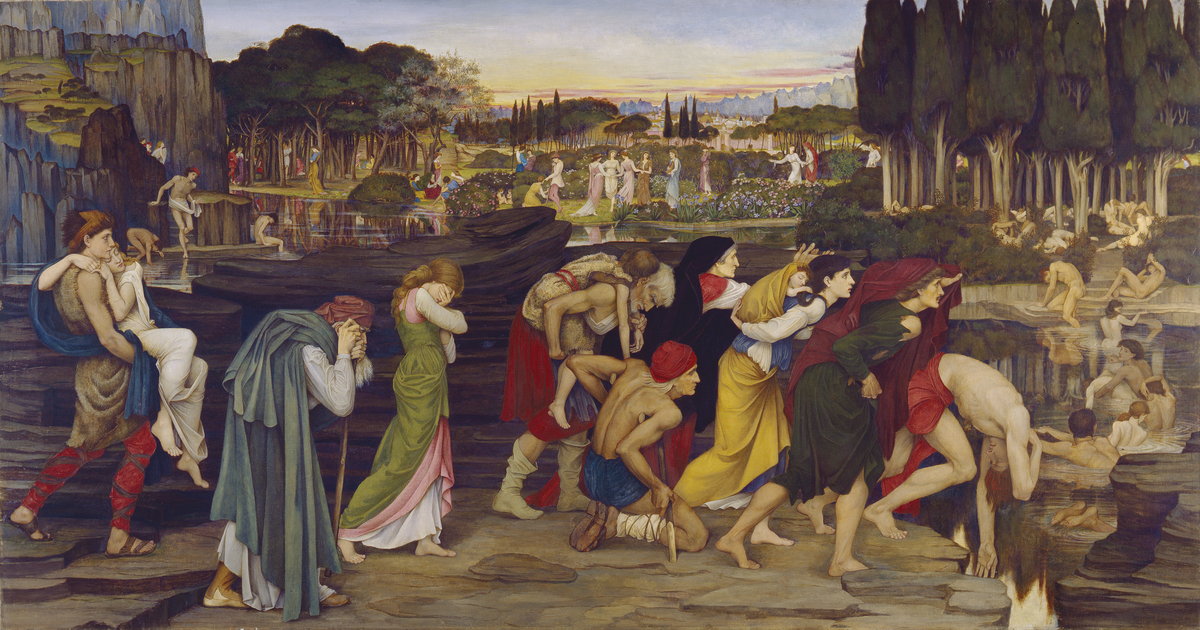 Scene depicting world weary pilgrims making their way to the river of forgetfulness. The tempera in which the work is painted gives a matt, chalky appearance. A procession of exhausted stooping figures, some young, some old, two carrying children, one man carriying a young sleeping woman, cross a barren, rocky plain in the foreground towards the river of forgetfulness on the right. They wear a variety of coloured classical-style draped garments, but although they are brightly coloured, they are dull compared to the people on the far side of the river. On the right, a trail of naked figures swim across the river, climbing out into a wooded area on the right of the far bank, where other naked figures lie and sit, sleepily adjusting their hair and stretching. On the far side of the river is a grassy landscape peopled with figures in bright robes, who dance and wander among flowering shrubs and trees. A bright cityscape that looks like the skyline of Florence is overhung by craggy blue mountains and lit by a lurid sunset in the distance behind the figures. More people prepare to cross the river from rocks on the left.

Presented by the Artist