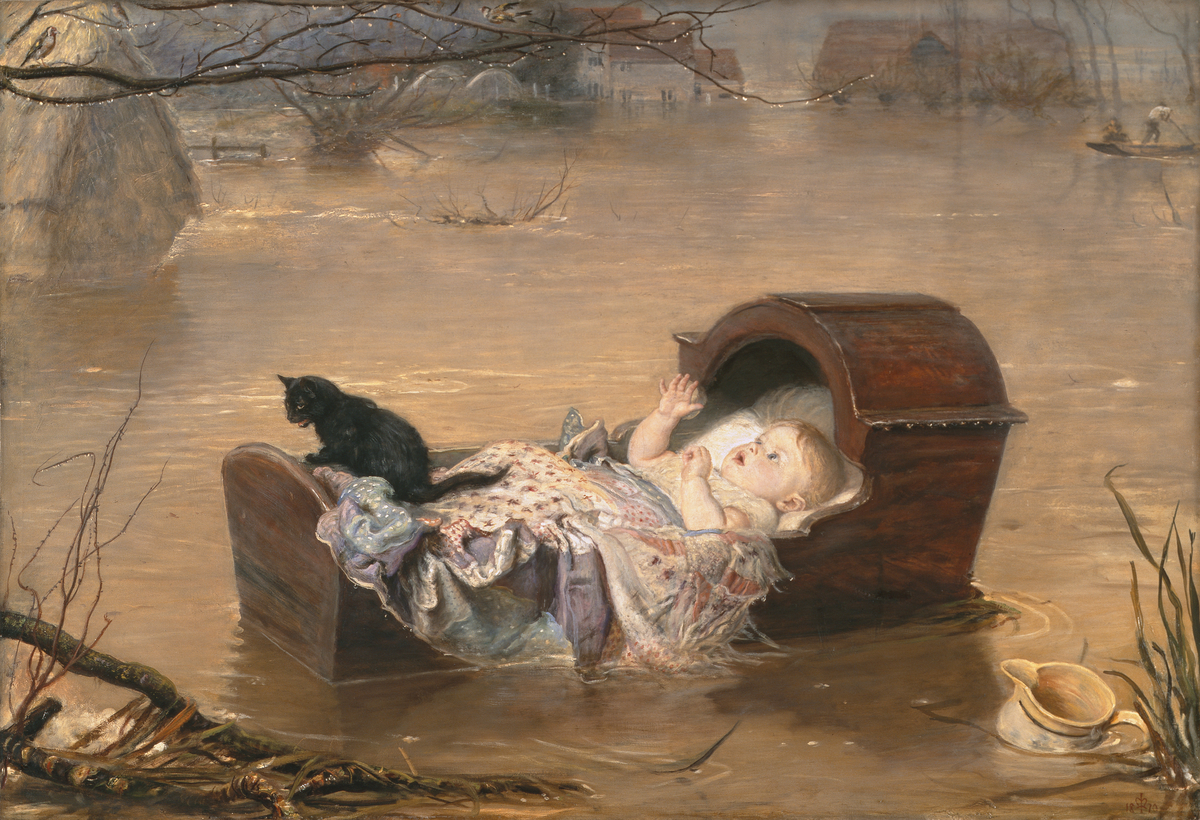 A rural landscape submerged under water. In the foreground is a baby in its wooden cradle, carried away by the flood. It appears oblivious to its apparent danger and mesmerized by the glistening droplets of water hanging from the branch of a tree overhead and the small birds sheltering there. Sitting on the baby’s floral patchwork coverlet, and peering over the end of the cradle is a black kitten, terrified by its situation and mewing for help. Floating between the head of the cradle and a clump of rushes is a jug. To the left of the composition is a partially submerged haystack, beyond which is a farm house and outbuildings. In the background to the right, a man and woman punt in the direction of the baby across the watery landscape. In his biography of his father, John Guille Millais notes that the Great Sheffield Flood of 1864 was the inspiration for the work. This man-made disaster, caused by a failed dam, killed at least 240 people, but here Millais leaves us with hope that the punting couple will rescue their floating child. The model for the baby was the artist's daughter Sophie - and the kitten too was from his own household.