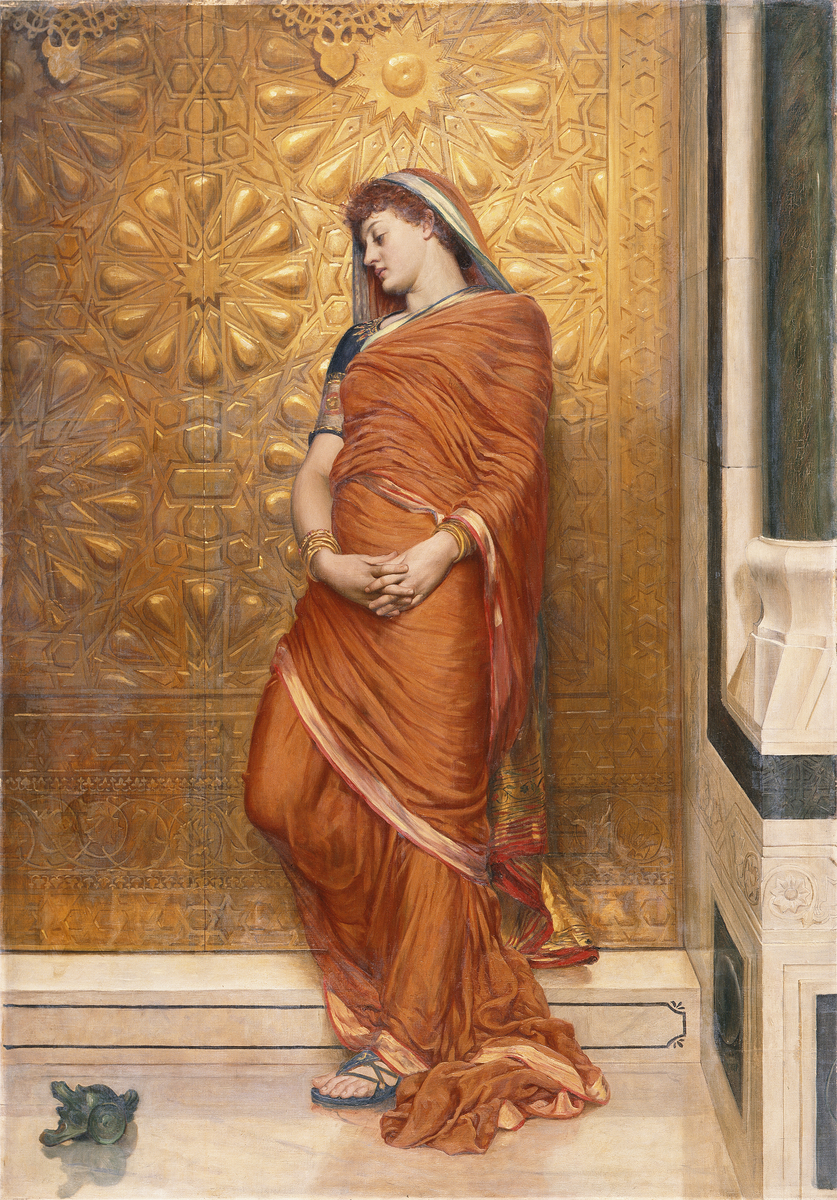 A pale young woman swathed in orange, sari-like drapery leans despondently against a pair of heavy golden doors decorated in repoussé with an Islamic geometric pattern. Her robes are trimmed with a gold pattern, a section of the fabric pulled up over her head covering her curly auburn hair. She wears a dark blue short-sleeved blouse beneath her robes, of the kind usually worn beneath a sari, and she has blue sandals and bracelets on both her wrists. Her fingers are interlaced and she rests them on her left hip. An oil lamp with a green patina lies discarded on the polished marble floor to the left.

The Queen was in the Parlour, Eating Bread and Honey