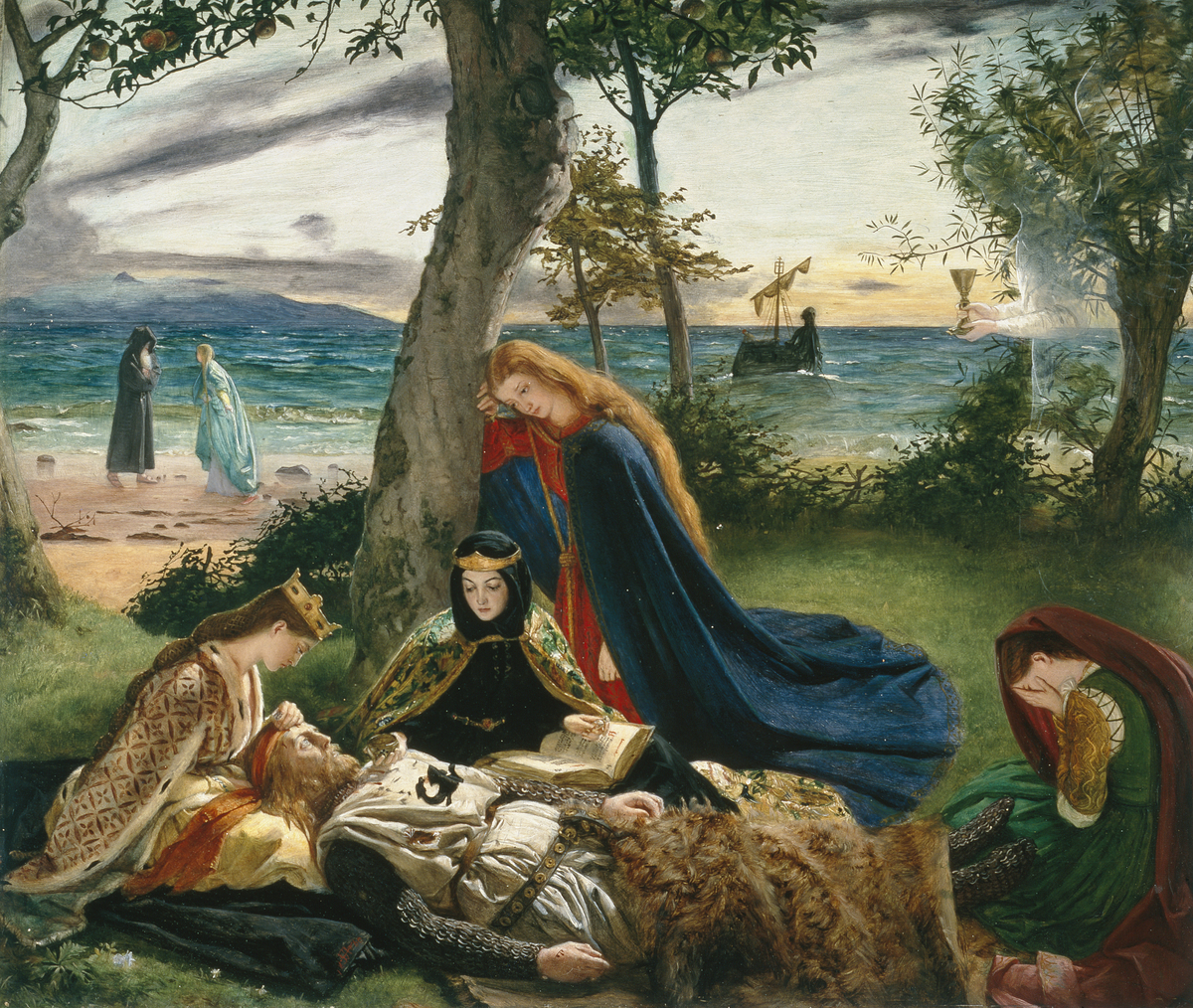 The scene depicts the death of the legendary King Arthur. Laid out across the foreground is the wounded body of the king encircled by four grieving women within a glade; he wears a suit of chainmail under a tunic, bearing the emblem of a dragon on the chest, with a blanket of fur covering his legs. His head rests on the lap of his Queen, seated on a cushion on the ground to the left; she strokes his brow and gazes down into his face. Seated at his side is the second female figure, wearing a crown, with an open book upon her lap and offering the King the contents of a tiny bowl held to his chin. Kneeling at his feet is the third figure, her head bowed and weeping into her hands. The fourth figure stands behind the seated group in the centre of the composition, resting her head against the trunk of a tree, a melancholy expression on her face. Slightly apart from and to the upper right of the group, and seen in profile to the left, is the almost transparent and weightless figure of a winged female, holding a golden grail. Beyond the glade is a shoreline. To the left, is an encounter on the beach between a young woman in rich clothing and an elderly male figure in a monk's habit, who's face is hidden by his hood with only a long, white beard showing - these figures are understood to be Nimue and Merlin. To the right, approaching the coast on choppy seas, is a boat with its sails drawn up - the boat carries the cure for Arthur's injuries from the Isle of Avalon. On the left horizon is a range of mountains capped with dark clouds.