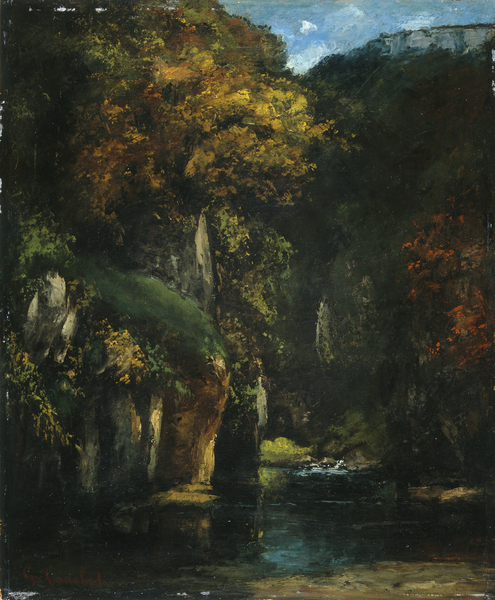 The Ruisseau du Puits Noir (Stream of the Black Well) was one of Courbet's most cherished subjects. The narrow limestone gorge, near his home town of Ornans in Doubs, represented for him nature in its pristine state and he returned there throughout his life, painting it many times. The canvases were not all painted in situ, however; many were reproduced in later years to satisfy customer demand. This version is typical, in that Courbet used a palette knife to convey the materiality of rock and dense greenery. The painting conveys a profound sense of seclusion. In conventional landscape terms, however, this gorge was a dead-end, lacking recession and a sense of aerial perspective. The more conservative art critics of his day were highly critical of the choice of site and its treatment when similar versions were exhibited at the Universal Expositions of 1855 and 1867.