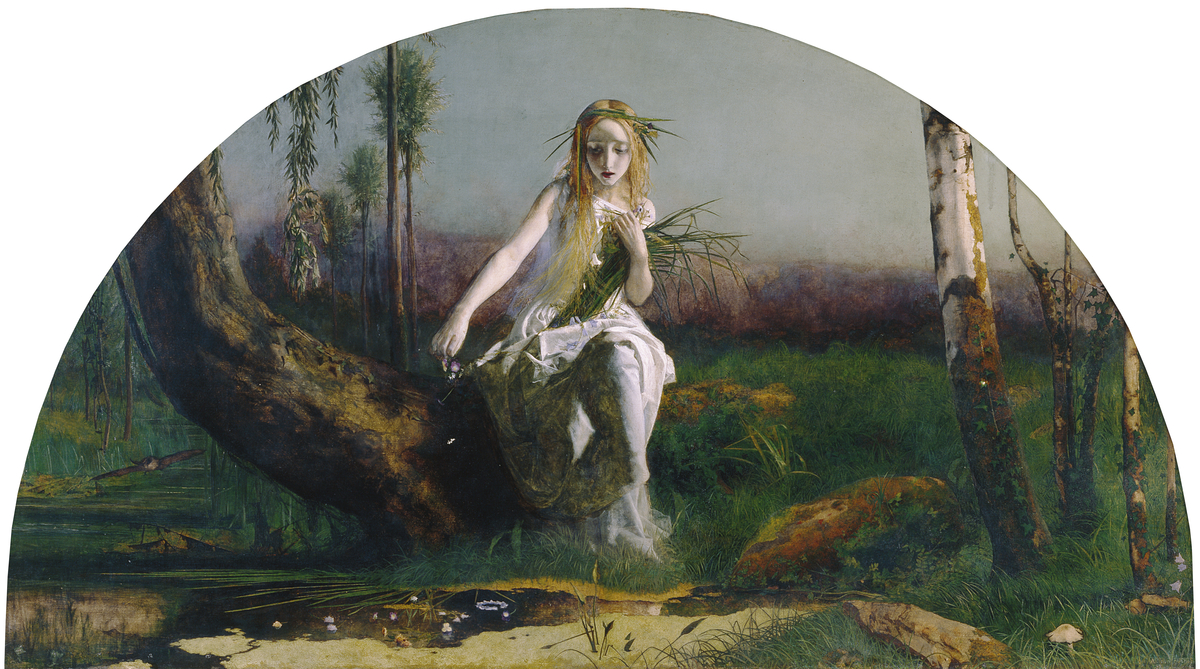 In a dark, swampy, woodland setting, Ophelia, with a sorrowful expression, is seated in the centre, on the base of a overhanging willow tree, next to a stream. She is a delicate, pale young girl with long fair hair, and is dressed in white drapery, with a crown of reeds and flowers on her head. She holds more reeds and flowers close to her chest with her left arm, dropping purple and white flowers into the stream below with her right hand. Green algae floats on the top of the stream, a toadstool growing nearby, on the right, next to silver birch trunks, which extend out of view. On the far left, a bat swoops over the stream, towards the viewer. The background changes from the green woodland ground to purple, and then to blue/grey at the top of the canvas. A semi-circular canvas set in a rectangular frame. The original frame is gilt plaster with ivy moulding, the Hamlet quotation, in red and blue, on either side of the painting in Gothic script. The scene depicted is of the circumstances of Ophelia's death described in Shakespeare's Hamlet, Act 4, Scene 7.