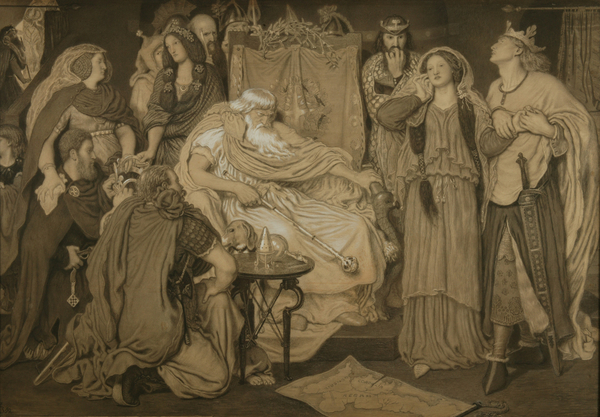 Throne room scene. In the centre is King Lear on his throne. He is sunk low into his seat, which is decorated with mistletoe, his eyes fixed on Cordelia to the right. Cordelia stands with one hand touching her face, her other hand being held by the King of France, on the far right. On the King's other side are his other two daughters and their husbands, their hands interlaced in the interstices of Lear's crown. Other figures are gathered behind the throne watching the scene. A large map of the kingdom lies on the floor, different sections marked with the names of the daughters. In the background, on the left, a man (Kent) lingers in the doorway, looking back towards the scene.