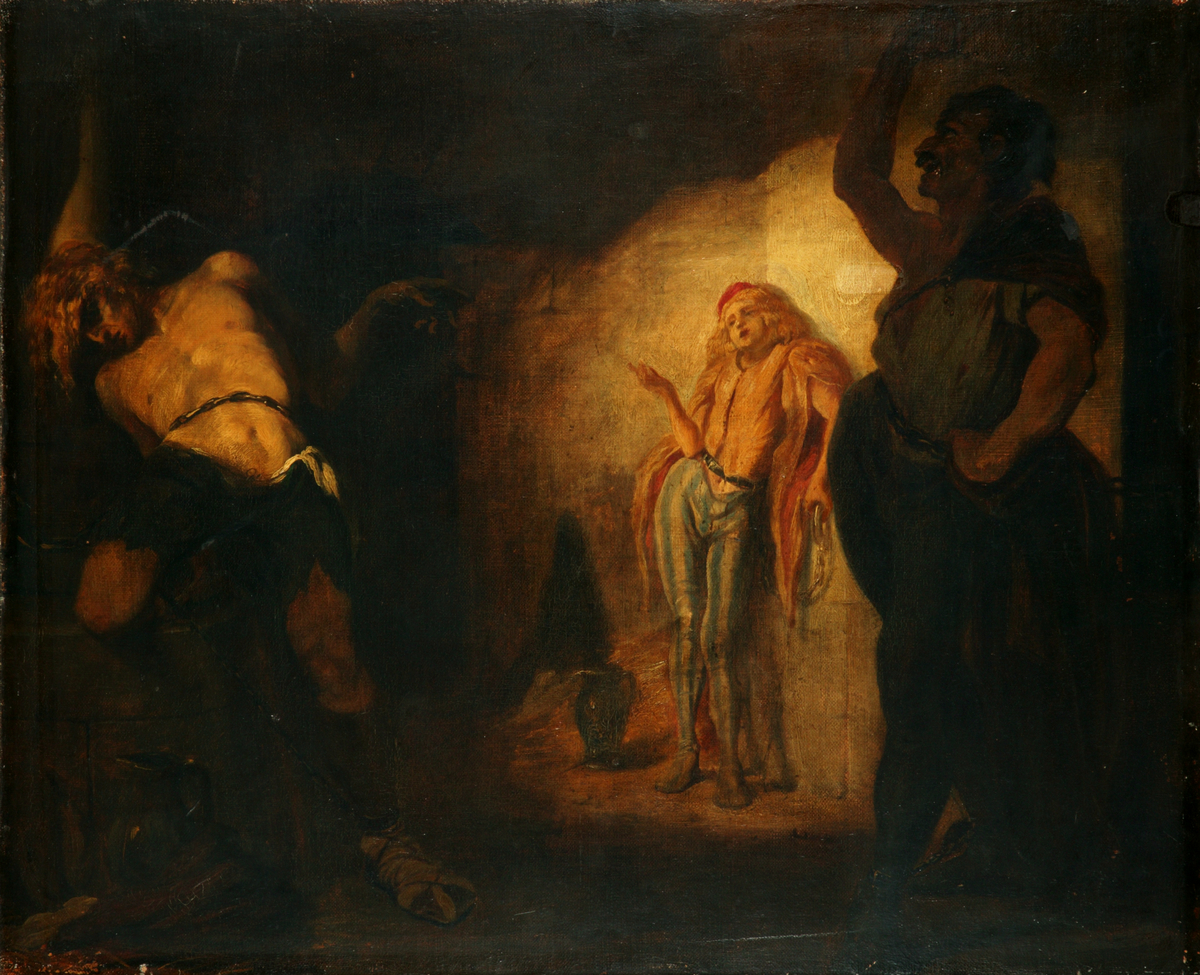 Scene illustrating Byron's poem about three brothers imprisoned in the dungeons of the chateau of Chillon on Lake Geneva, Switzerland. Depicted on the left in the murky dungeon is the second brother who has just died. He is semi-naked and chained to a pillar, his body pale and twisted. Illuminated in the background in the corner of the dungeon is the youngest brother, his clothes dishevelled and right arm raised in a gesture of helplessness. On the right is the shadowy figure of the eldest brother silhouetted against the light. He gestures dramatically with his arm in the air and clenches his fist, distraught at the death of his brother who he has not been able to help.

15 The Prisoner of Chillon 1843 Oil on canvas Byron’s poem The Prisoner of Chillon tells of a sixteenth-century Geneva patriot imprisoned with his two brothers. Each was chained to a pillar. His brothers lost hope, wasted away and died. The gloomy interior lit by a shaft of sunlight evokes the ‘pale and livid light’ described by Byron. Manchester City Galleries